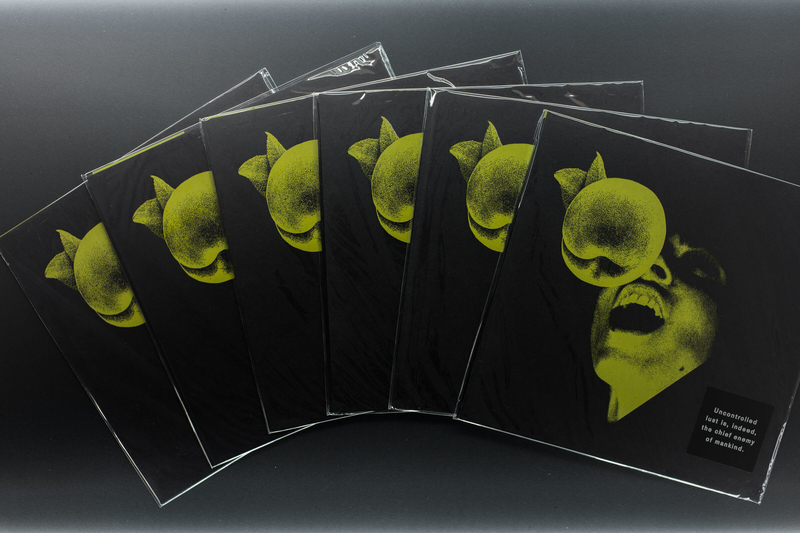 
CORD is a collection of 14 new and original songs by an international mix of artists – including Jaakko Eino Kalevi (Domino, Beats In Space), psych-rock legends K-X-P and Nordic jazz doyen Kjetil Møster – which explores the sinister world of the film of the same name and takes it far beyond the boundaries of the screen. Rich and experimental in tone, the electronic music inspired by CORD ranges from disco and dub to ambient and jazz. The film itself, which has no soundtrack, is a contemporary production that is currently touring film festivals. This beautifully packaged, limited-edition companion album comes housed in a screen-printed sleeve printed at Muscle Temple print Lab by us Blank Blank.

Directed by Pablo González and starring Christian Wewerka, Laura de Boer and Michael Schumacher, CORD is set in a post-apocalyptic world of never-ending winter where a sparse cast of outsiders live underground. Due to their unsanitary conditions, sexual contact has become dangerous. Self-pleasure has become the paradigm of sexual experience and an array of low-tech devices with this purpose have come into existence. In this bleak reality, Czuperski, a dealer of such machines, and Tania, a sex addict, make a deal: she will allow him to experiment new devices on her body in exchange of pleasure. Soon however, their relationship spirals out of control.

A key aspect of the film is its sound design by Matthieu Deniau, who used a mix of old-school foley artistry, Soviet synthesisers and some serious circuit bending. The dark and uneasy atmosphere of the film is well established by its oppressive noise-driven sound design and, perhaps more so, by the absence of any music. While having no music worked for the film, the idea of have a musical companion to the dark world of CORD was never far away. A number of musicians were contacted and asked to watch the film and compose a piece inspired by it. They could choose whatever theme, element or segment they felt interested in or moved by. Among those featured are artists as diverse as the jazz-trained experimentalist Kjetil Møster, dreamy techno Viking Transilvanian Galaxi (Sex Tags Mania) and the multi-instrumentalist Silje Nes (Fat Cat Records) from Norway; the Chilean one-man project Labot Narrow; the young French duo Plaine d’Ozon; and, from Finland, the more familiar names of K-X-P, DJ Candle In The Wind and Man Duo aka Jaakko Eino Kalevi and Long-Sam. The result is rich and varied in texture and tone, with a certain unity brought about by the menacing mood of the film. It is, however, an independent project that stands on its own. You don’t need to hear the record to understand the film, and you don’t need to see the film to enjoy the record. The 12-inch vinyl will be a collectible item in an edition of 300. Each jacket will be screenprinted, folded and numbered by hand. The sleeve is designed by Blank Blank and each copy will be beautifully unique in its rendering of the color and tex- ture. Each record will also include a digital download code.


The background of CORD

In the winter of 2012, a group of 20 young people of varied nationalities locked themselves in a former Stasi bunker in deep East Berlin. This windowless copper maze once housed an enormous super-computer that kept the records of who called who in the GDR. The film crew filled the space with about eight tons of scrap taken from the recycling yards of Berlin and built what they thought looked like the post-apocalyptic underground residence of a trafficker of electronics. With the first 30 pages of a script, an impossibly low budget, three actors, a DSLR camera and a bunch of old household lamps, they set out to make a film. Ten weeks later they emerged with vampire-white faces and ten hours of footage that would eventually become a film named CORD. CORD has been described both as a post-apocalyptic drama and cyberpunk softcore. It is set in bleak world where sexual contact has become a marginal activity and it centres on the love story of Czuperski, a dealer of masturbation devices, and Tanya, a nymphomaniac.