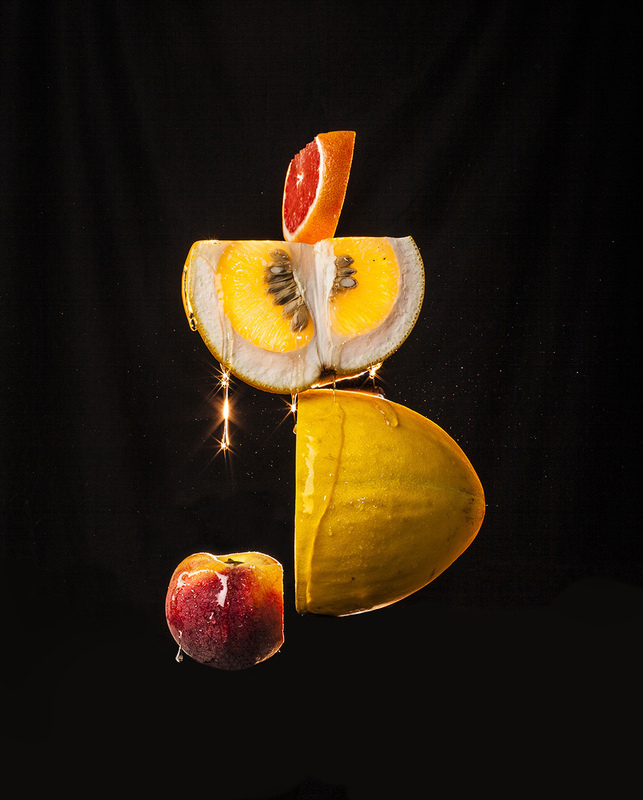 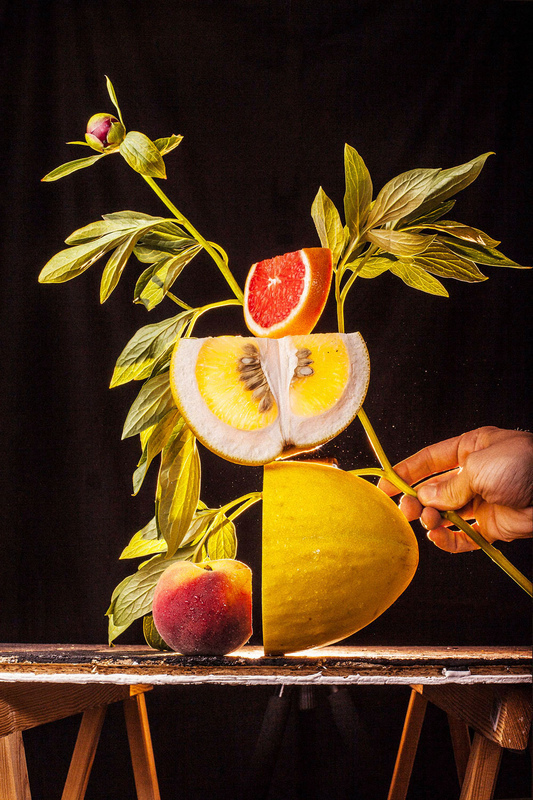 
“Tropisk Nektar” was once considered the king of fruit-juices in Norway, as it contained a mixture of such exotic things as pineapple and mango, usually with a rather large amount of added sugar. As those things became commonplace and available in every super-market all year long, tropisk nektar, or “nectar of the tropics” in English, gained a reputation for being a slightly inauthentic product, and has faded somewhat into obscurity. For the tropical-themed club-night of the same name launched in 2013, a return to the core elements of fascination with both the insides and outsides of exotic fruits was sought, and so an exploration of this rich visual environment was done with the aid of photographer Sirio Magnabosco. The aim was to create strict compositions of fruits, often cut and combined in drastic, impractical ways to allow text to float in the surrounding black space, with just the right hints of freshness, succulence, juiciness and a vaguely erotic nature. For more compositions and a look at our creative process, please visit our bbblog-post