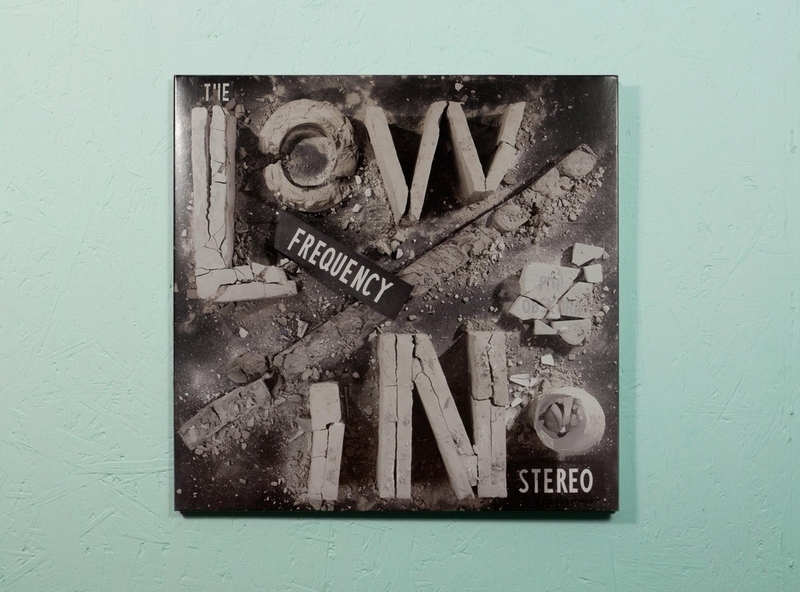 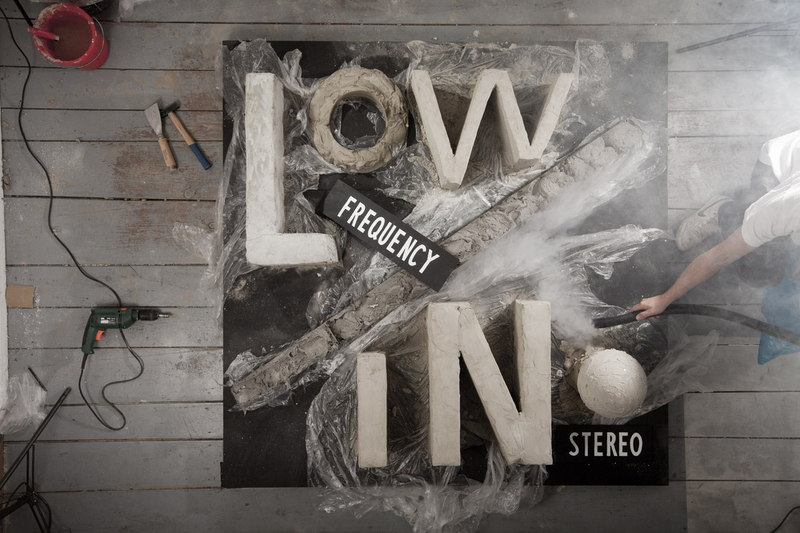 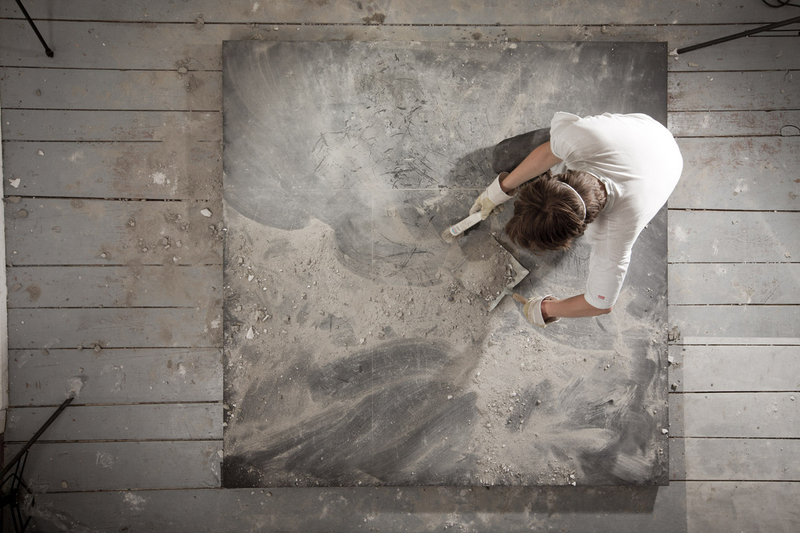 While it might be common to work under the constant pressure of tight deadlines in the graphic design world, this project holds a special place in the Blank Blank calendar of 2013; the imagery that constitutes the LP, CD, t-shirts, posters and assorted merchandise related to The Low Frequency in Stereo’s fifth full-length LP, “Pop Obscura”, had to be completely finished in a single week following the initial meeting. Yet somehow it can be that during the craziest of times you manage to do things you previously considered impossible.
With ambitions to let the everyday tools of the trade lie, a kind of typographic landscape based on key elements drawn and expanded upon from the band’s existing visual profile like “concrete”, “brutalism”, “material feel” and perhaps most importantly “decay” was sketched up. Then these ambitions were brought to life utilizing elements that make up real, post-industrial landscapes: cracked concrete, broken glass and a lot of rubble.
In close collaboration with photographer Sirio Magnabosco, who documented the process, the whole mess kicked off with a 2,5×2,5 meter black surface filling up with an increasingly complex (and increasingly heavy) landscape, from emptiness to construction, to deconstruction, and finally to emptiness again. Out of this process there emerged a wealth of photographic material that, with minimal treatment, became the complete visual profile. As the process evolved it became an exercise in exploring the possibilities of the materials and tools at hand, and this playful approach became an integral part of the finished product. It can be very satisfying to smash up concrete with hammers for a whole day and call it work. If you would like, read more about the process over at the BBBLOG.