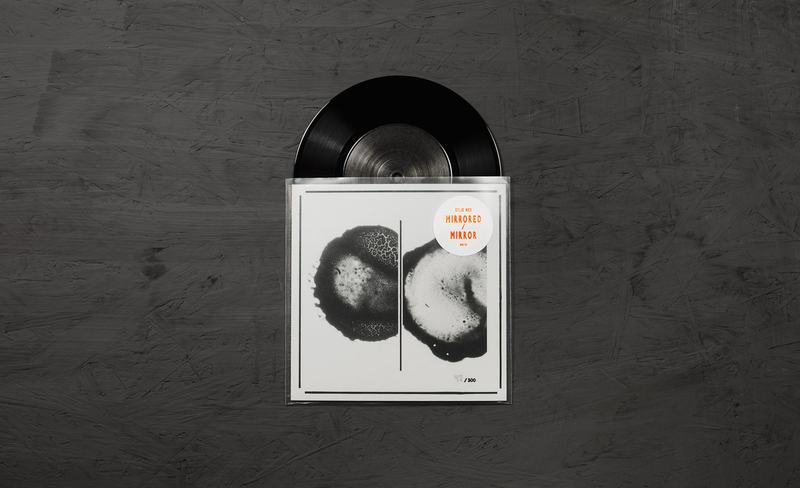 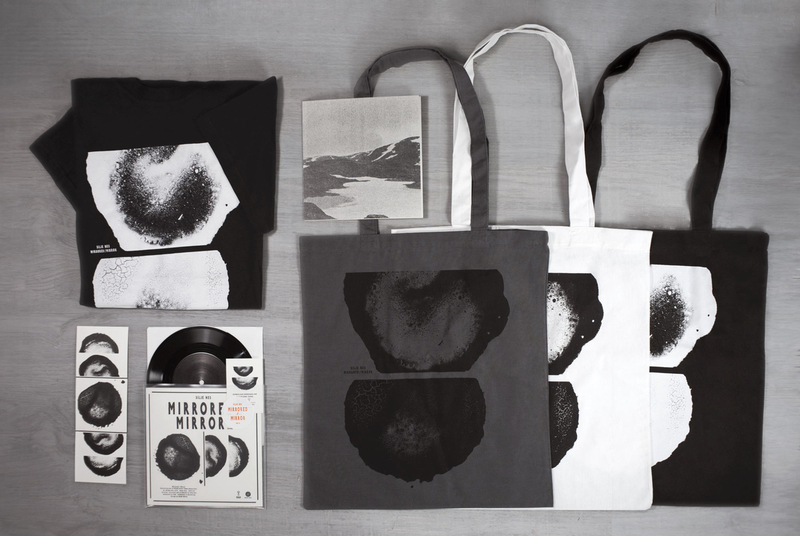 
Mirrored/Mirror is a multi-disciplinary project spanning a pair of recordings, a limited edition 7” vinyl release, a music video and a live-performance installation, all brought to life in a unique collaboration between Norwegian electronic artist Silje Nes, Blank Blank Grafikk and Blank Blank Film.
The film and physical release strongly influenced each other; the grainy, almost monumental blobs on the cover are actually tiny explosions of dried ink on 16 meters of hand-drawn 16 mm film. These blobs also formed the basis for a stop-motion animation, interspersed with time-lapses filmed on location in Veitastrondi, Sogn og Fjordane, Norway, mirroring (pun intended) the field-recordings that make up one side of the 7”.
The cover is offset printed on thick stock, perforated and folded by hand.