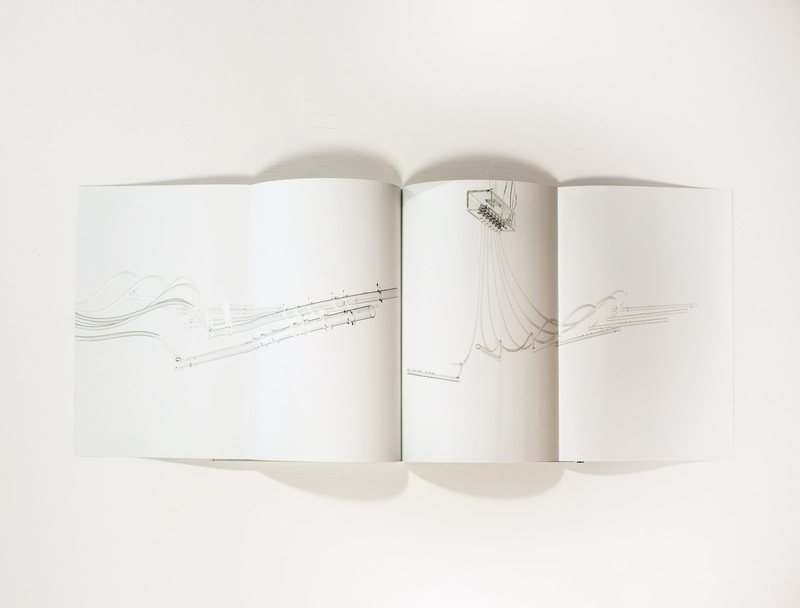 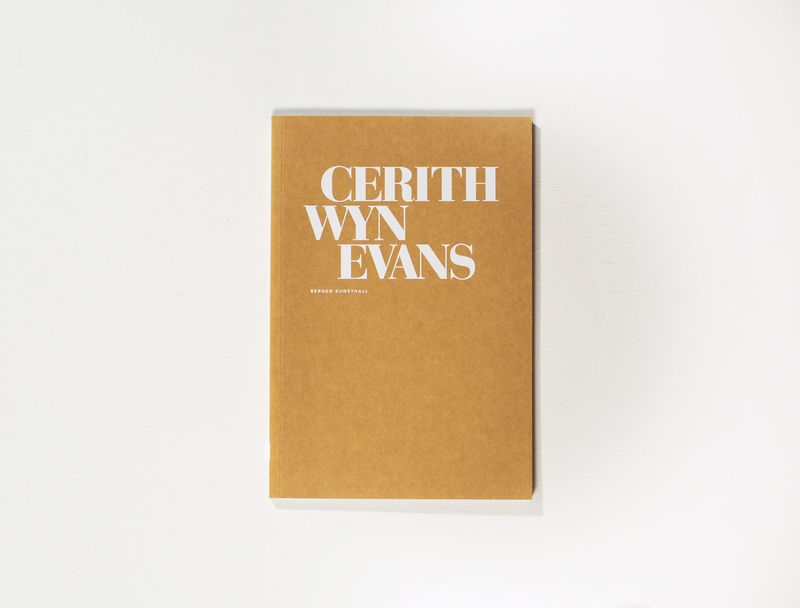 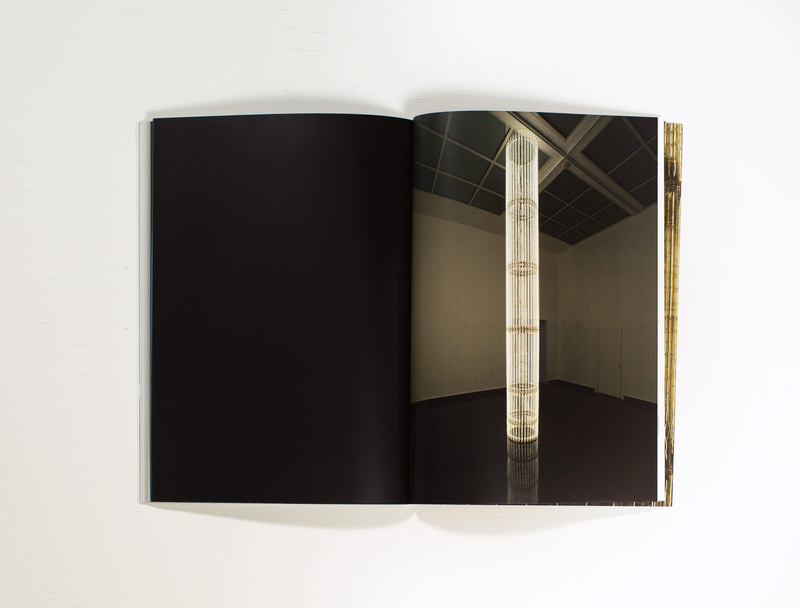 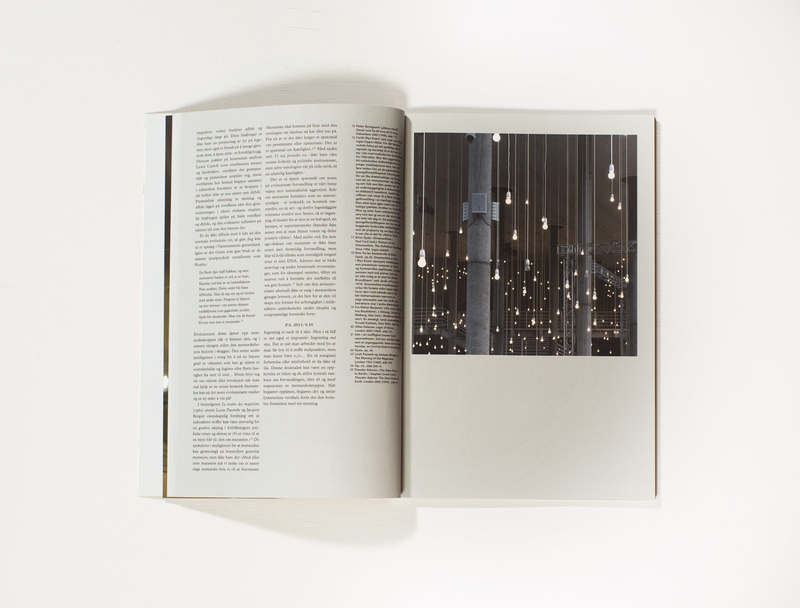 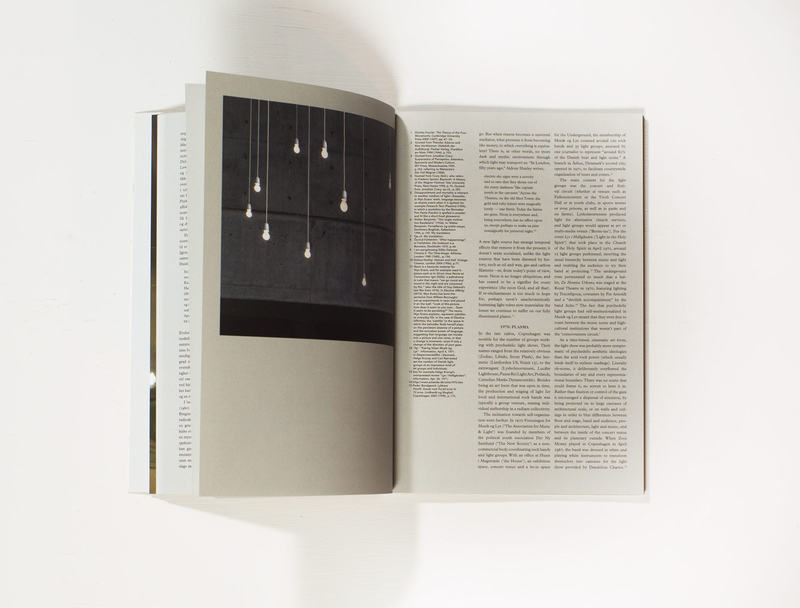 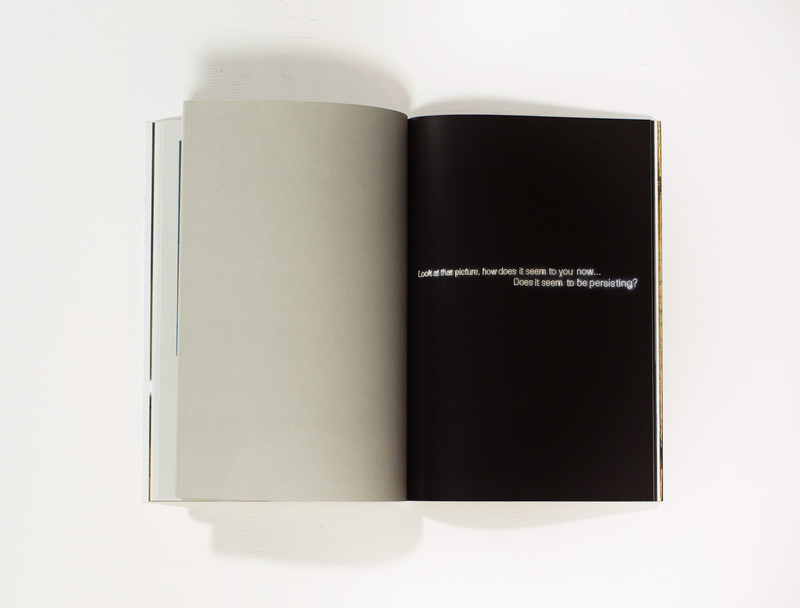 The “Magasin”-series of publications were a result of the Bergen Kunsthall’s wish to publicize solid documentation in a relatively inexpensive volume, both to buy and to produce. Since its inception the series has spanned both group and solo exhibitions featuring artists from far and near.

With a background in experimental film and video art in the 1980s, Cerith Wyn Evans has primarily worked since the 1990s with spectacular installations where a number of media such as sculpture, photography, film, text, light and sound form natural elements. At Bergen Kunsthall Evans created a massive integrated installation which filled all four exhibition halls. Perhaps most striking was the row of specially constructed columns, built with a large number of fluorescent tubes where old-fashioned filament technology emitting, and the sound from several transparent flute sculptures that filled the halls with sound, providing a total and immersive experience. Aiming to mirror this, the catalogue itself is based around central concepts of light vs. dark, using subtle techniques like gradually darkening the background colour from white to black as the reader moves through the volume.